Berkeley In The Sixties

Six years in the making and with a cast of thousands, Berkeley in the Sixties recaptures the exhilaration and turmoil of the unprecedented student protests that shaped a generation and changed the course of America. Many consider it to be the best filmic treatment of the 1960s yet made.

This Academy Award-nominated documentary interweaves the memories of 15 former student leaders, who grapple with the meaning of their actions. Their recollections are interwoven with footage culled from thousands of historical clips and hundreds of interviews. Ronald Reagan, Dr. Martin Luther King, Jr., Mario Savio, Huey Newton, Allen Ginsburg, and the music of Jefferson Airplane, Jimi Hendrix, Joan Baez and the Grateful Dead all bring that tumultuous decade back to life. 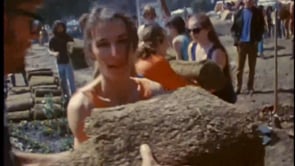