Welcome! I started this company in 1996 to specialize in setting up international television pre-sales and co-productions on behalf of independent non-fiction filmmakers. I also provide consulting services to advise media makers on finance, development, production, marketing and distribution strategies. As a natural extension of these roles, I selectively handle the remaining distribution/sales agency that can be done on behalf of these projects. Previously, I operated a program distribution company that represented all genres of programming – from children’s to arts to drama and features. That company was launched in Boston and operated for almost fifteen years, with offices in London and Los Angeles.

I work with a small portfolio of projects from season-to-season, preferring to be closely involved with my clients and their work. I endeavor to create ties with producers/directors that will result in on-going joint efforts on the development, production and distribution of their projects. I work with first time directors, as well as highly experienced filmmakers and seek to establish fully transparent, highly collaborative relationships with my clients. Over the years I have been honored to represent makers and projects that have gone on to achieve what are among the world’s top accolades including Oscar, Emmy, Sundance and other awards.

I attend various international festivals and markets each year, seeking to match them with that season’s project portfolio. After working in this field for many years I’ve developed what I believe is a reputation for attentive and careful representation of high quality projects.

From the beginning, LRL has been known for representing strong history and social issue films, as well as incisive cultural documentaries. I’m also interested in science, providing it is either inter-disciplinary or has a somewhat edgy, subversive element (rather than simply cheering the advent of the new). And, arts docs always have an important place in my collection. For possible representation, I prefer to consider projects at an early stage, while they can still be refined and adapted to achieve their maximum international potential.

I look for feature length projects that include plans for at least a one hour version and possible adaptation to multi-part series. Series projects are welcome as are single films that can serve as pilots for series.

I gravitate towards distinctly “authored” work and away from “surveys”. A disciplined yet creative approach to shooting and excellent research and writing skills matter more than special effects and equipment-dependent scenarios. Advocacy can be okay…but not polemics. 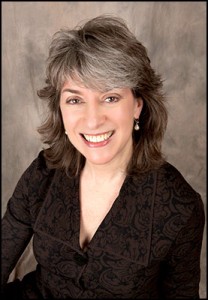 Louise is a media executive with over 25 years of experience in the international television and film business, project development, production and distribution. She has worked with a wide range of program genres and formats and set up major international co-productions. Louise was based in Europe for almost ten years and has particular interest in the cross-cultural aspects of all forms of media. She has been honored to have among her projects Oscar, Emmy, FIPRESCI, Sundance, Prix Italia,Teddy, International Emmy and other award-winning films.

Louise has taken an active role in many productions and is a credited producer on many projects such as Killing for Love (aka The Promise), Eva Hesse, Prodigal Sons, Johnny Cash at Folsom Prison, Cities of Light: The Rise and Fall of Islamic Spain and The Endurance: Shackleton’s Legendary Antarctic Expedition, among others.

Louise is a tutor and lecturer at Documentary Campus Master School and has been a speaker at many conferences and film festivals, including the Hot Docs Forum, IFP Film Week, RIDM, DocLisboa and the annual conference of the National Association of Latino Independent Producers. She was the Founding Director of the Points North Documentary Forum at the Camden International Film Festival and was on the Advisory Board of the IFP. Past board experience includes the International Documentary Association and Women in Film & Video/Boston. Louise has been a moderator at the Hot Docs Forum for many years and is regularly requested as a moderator or producer of panels on media, entrepreneurship, and social issues.

In the 1970’s, Louise worked in other areas of the media including industrial and commercial film production, various aspects of the music business (with Grateful Dead Records and her own music management and booking agency) and in radio advertising sales with Westinghouse Broadcasting and others.

Row 3: Sarvnaz Alambeigi and Louise before and during their pitch at Hot Docs 2019.