This energetic and surprising film is the first ever profile of Paul Goodman, the mischievous anarchist and public intellectual, the bisexual family man of letters who authored the groundbreaking book Growing Up Absurd: Problems of Youth in the Organized System. In an interview with author and radio personality Studs Terkel, Goodman said “I might seem to have a number of divergent interests – community planning, psychotherapy, education, politics – but they are all one concern: how to make it possible to grow up as a human being into a culture without losing nature. I simply refuse to acknowledge that a sensible and honorable community does not exist.”

In pursuit of community, he co-wrote many works with his architect brother

Percival, among them was Communitas, a classic study of urban design, and together they advocated banning cars from Manhattan. As a co-founder of Gestalt Therapy, he was at the forefront of a holistic approach to self awareness that presaged the human potential movements. His was a playful and cerebral anarchy – extensive and intimate archive allows the film to follow Goodman through his family and academic lives, revealing how his advocacy for the student movement throughout the 60s eventually turned into staunch criticism of the harshness of the New Left. Against the backdrop of clinking cocktail glasses, Goodman, Norman Mailer, Alfred Kazin, Mary McCarthy, Lionel Trilling, Susan Sontag, James Baldwin and other NY intellectuals dissected the issues of the day. At the same time, he was part of an experimental cultural scene that had Judith Malina’s Living Theatre and composer Ned Rorem at its core. The film delivers a fully dimensional insight into a progressive and enthusiastic thinker whose ideas resonate and provoke today as powerfully as they did while he was alive. 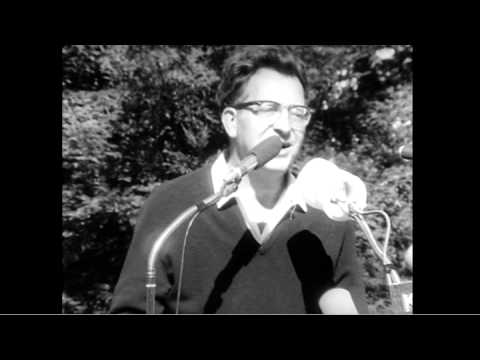