Killing for Love (a.k.a. The Promise)

The gruesome murders of Nancy and Derek Haysom in 1985 were an international media sensation. The Haysoms were wealthy, respected members of Virginia society and the murder conviction of their daughter Elizabeth and her German boyfriend Jens Soering sent shock-waves. Elizabeth and Jens had met in a university program for high achieving students. She was a product of European boarding schools, he was the son of a diplomat. Extradited to the US after having been caught passing bad checks in a Marks & Spencer, they have both spent the last 30 years in prison.

This beautifully crafted film reveals a mismanaged or perhaps completely corrupted judicial process. This was the first criminal trial held in front of TV cameras – a high profile, international case tried in a small town. Investigations over the past 3 years have turned up stunning evidence that was previously suppressed or deemed inadmissible. New forensic techniques have disproven evidence that was key to Soering’s original conviction. Denied parole 13 times, his next hearings in 2016 or 2017 may have a different outcome, at the same time the film is in release. Unidentified fingerprints, photographic evidence that points to sexual abuse, the presiding judge’s friendship with the victims, a missing FBI profile, a bloody car with a knife under the seat – all point to a very different story, one that will be revealed in the film. 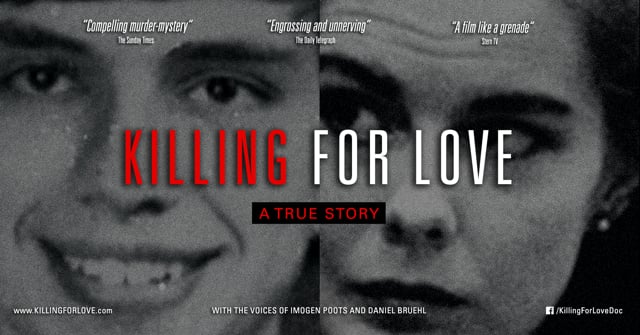