As the wild ride of the 1960’s came to a close, Eva Hesse, a 34 year-old German-born American artist was cresting the wave of a swiftly rising career. One of the few women recognized as central to the New York art scene, she had over 20 group shows scheduled for 1970 in addition to being chosen for a cover article in ArtForum Magazine. Her work was finally receiving both the critical and commercial attention it deserved. When she died in May, 1970 from a brain tumor, the life of one of that decades’ most passionate and brilliant artists was tragically cut short. Yet the end of her life proved to be only the beginning of her career. The scattering of gallery shows she participated in during the 11 years following her graduation from the Yale School of Art have since been eclipsed by multiple posthumous retrospectives at the Guggenheim, Yale University Art Gallery, SFMoMA and Museum Wiesbaden. Her work is held by many important museum collections including the Whitney, MoMA, the Hirschhorn, the Pompidou in Paris and London’s Tate Modern.

Eva Hesse will deepen the understanding of this extraordinary artist, not only in terms of her ground-breaking work, but also the life that provided the fertile soil for her achievements. With dozens of new interviews, high quality footage of Hessse’s artwork and a wealth of newly discovered archival imagry, the documentary will not only trace Eva’s path but engage in a lively investigation into the creative community of 1960’s New York and Germany.

Artists such as Dan Graham, Richard Serra, Nancy Holt, Carl Andre, Robert and Sylvia Plimack Mangold, Eva’s husband Tom Doyle and her friend, writer Lucy Lippard speak candidly and with great passion about the 60’s, Eva’s work and her life. In addition, Sir Nicholas Serota, Director of the Tate Museums and Whitney curator Elisabeth Sussman have added their views on Hesse’s work and legacy. Hesse’s journals, a voluminous collection, will provide much of the guiding narration.

Hesse was also a writer: Her journals are voluminous and many detailed letters to her friends and family also survive. These unpublished journals, datebooks and wealth of correspondence will serve as a guide for the documentary’s narration.  Clearly, Hesse’s legacy has only grown more important through the years. But her life also provides a fascinating portrait of someone who, while living with profound personal challenges, heeded the call to lead a creatively engaged life. 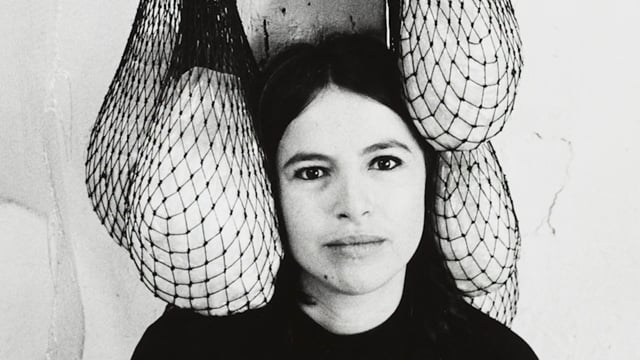