Cities of Light: The Rise and Fall of Islamic Spain

This film charts the rise and fall of Islamic Spain, taking viewers on an epic journey back into one of the most fascinating and important periods of world history. It will unveil the triumphs and shortcomings, achievements and ultimate failure of a centuries-long period when Muslims, Christians and Jews inhabited the same far corner of Western Europe and there built a society that was both part of Christian Europe and the Muslim Middle East.

The lemon tree, the water wheel and Aristotle’s lost philosophy all arrived in Europe through Medieval Spain. Churches and temples that resemble mosques, the origins of Jewish Kabala and the roots of modern medicine and mathematics are just some of the collaborative achievements stemming from a religious triumvirate that survived for hundreds of years. Through evocative contemporary location photography, large-scale reenactments, scholars’ insights, dynamic voiceover and the extraordinary poetry of the period, Cities of Light will show how it was possible for these entirely disparate groups to co- exist and thrive together – and yet how fragile that symbiosis could be. In the end, the pluralistic centuries of Medieval Spain disintegrated in the fires of intolerance and warfare that are frighteningly reminiscent of those that burn today. The world is at a crossroads. This history is a stark reminder that everything is possible. 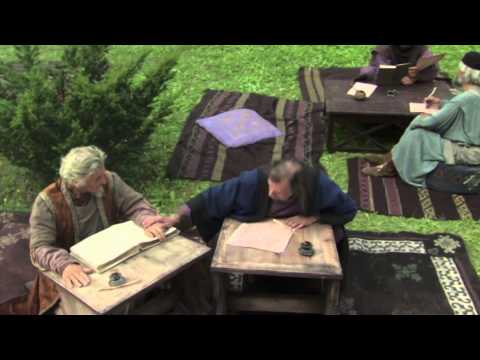