For the eight young men who make up the Hypnotic Brass Ensemble, “brotherhood” is literal. They’re all sons of trumpeter Phil Cohran, a legendary Chicago rebel who turned his back on commercial music to pursue astral jazz (with Sun Ra), proto-funk, and Black Consciousness. But Cohran’s ultimate avant-garde experiment was with his own sons. They lived an insular communal existence with Cohran and their two mothers, complete with home-made clothes, veganism, and alternative holidays. Starting at age four, the boys also joined the family band. Rehearsals began at 5:00 each morning.

The anti-Jackson, Cohran sought to shield his sons from the corruptions of a dog-eat-dog marketplace, and taught them to “create sounds that fused with the bodies of others and healed their souls.” But he also insisted that the world beyond was corrupt and outsiders could not be trusted– a lot for young boys to shoulder.

Now in their 20’s, as they make their own way—playing in the streets of NY, collaborating with Mos Def, performing with Gorillaz and Prince, or negotiating with record labels—they find the ideals their father bred into them constantly tested. They must question whether their father’s values really are their own.

A Dig All Jive production in association with the PBS National Black Programming Consortium, New York State Council on the Arts and NTR/The Netherlands With the support of the Jerome Foundation and ITVS 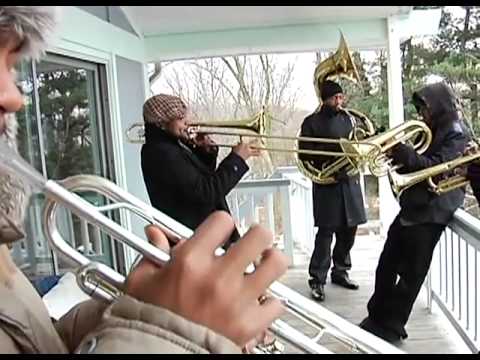